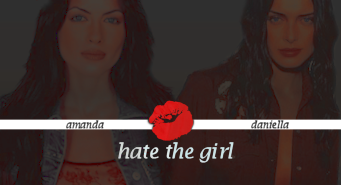 Archenemies Amanda Latona and Daniella “Danie” Thomas have to team up to perform on the Hate the Girl tour. Amid people popping up from the past and new difficulties getting in their way, will Danie and Amanda be able to put their rivalry aside?

One thought on “Hate the Girl”

Songs of the Moment